These are our board members: 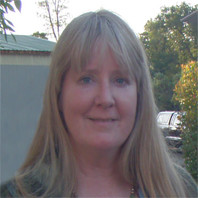 Melinda Brown, Treasurer, Office Manager
Melinda was formerly the executive director for People of Progress and co-founded Citizens for Responsible Government (CRG). She has served on numerous boards, initiatives and committees while living in the north state region which resulted in improved social services; shutting down a nuclear power plant; establishing the preferred environmental remediation program for the Iron Mountain Mine Super Fund site; and electing responsible candidates to state and local offices. She once startled herself and everyone else in a small committee listening to a public health organization's plan for a fundraising event: an opera based on the Salem Witch Trials. Quizzically pondering it for a few moments, she asked how that story topic would play out when out burst forth from her throat at full operatic volume, "Oh! My feet are BURNING!" She was asked later if she sang opera and stated that, no she did not, thank you. She thinks she remembers that Robb's spouse was in that meeting, (and if she wasn't, she definitely heard about it), yet here Robb is, so many years later, working with her on KFOI. Since it is now out of her system, (those centuries-old restless spirits have long since dissipated) she promises never to do this on-air. Melinda is an environmentalist, a communitologist, she writes poetry and lives in Redding. 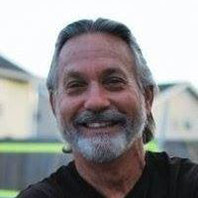 Doug Bennett, Project Manager, Program Host
Doug Bennett is a retired contractor and construction worker that lives in Redding, Ca..  He was previously an airborne Russian linguist in Air Force intelligence during the Vietnam War.  Since retiring in 2000, he has become an advocate for democracy and justice.  He is a founding member of the Shasta Tehama Trinity Chapter of the ACLU-NC, and served as their chapter representative on the affiliate board for several years.  Doug was chairperson of Citizens for Responsible Government, a grassroots nonprofit based in Redding, Ca. for 8 years.  He also served on the boards of Sustainable Earth Alliance of Northern Calif. and the Shasta Cascade Farm and Food Coalition.  Doug has supported local radio in the North State since 2006.  He worked with KKRN Community radio for 5 years starting in 2011, serving on their Program Committee, Radio Council and the Acorn Board.  Doug’s radio show, Unspun: An Experiment in Truth-telling, played every Saturday on KKRN for 5 years.  Much of his work is dedicated to community education on sustainability, environmental and social justice issues.  He is currently acting Project Manager for KFOI, Redding’s Pacifica Affiliate station at 90.9 FM. 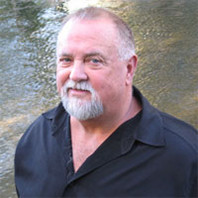 Darryll Alvey, Chair, Station Manager
Darryll is a retired California attorney living and working in redding since 1975. During that time he has been active in many community projects and civic improvement organizations.He was president of the Redding Junior Chamber of Commerce (later called the 'JAYCEES') in 1977 and that organizations State District Governor in 78-79. Soon after he served on the Board of Directors of the Greater Redding Chamber of Commerce and was elected to serve as President in 1982. During that same time period he served as co-chair of the Redding chapter of the Muscular Dystrophy Association also hosting the MDA Telethon as Emcee ( 1979-1996). The Jaycees  organized the 4th of July fireworks display at Caldwell Park soliciting funds from the Elks and Moose Lodges from 1975 until the current FREEDOM FIREWORKS began around 1985 or so. He was a licensed pyrotechnics operator with the State Of California for 25 years, producing and exhibiting fireworks shows throughout California. He is still active with the Jaycees as a United States Senator to that org. traveling world wide in support of their charitable and humanitarian causes. Darryll volunteered as a pro bono attorney to assist low income litigants in need of legal service through Legal Services of Northern California's Redding office from 1990 -2007. After selling his private practice in 2007 he was hired as Managing Attorney for LSNC Shasta Regional office where he served until 2010 before retiring. During that time he served as counsel to the Senior Legal Services office in Redding and on numerous ad hoc committees in service to those in need in the North State. He assisted then District Attorney Jerry Benito in forming the Shasta Family Justice Center to address the issue of domestic violence. That effort continues as part of the One Safe Place project in Redding.  In 2008 he became interested in local community theatre as an actor and enjoy's performing  when time permits. He is currently serving as President of Riverfront Playhouse , a Redding non-profit community theatre organization. They recently purchased an existing building on California St and are remodeling it to house the theatre troop for the foreseeable future. They are renting a space on Cypress Ave where they have been since 1981. Darryll also currently serves on the Board of Directors of Connecting to Care, a non-profit tele-health care organization that serves the north state rural communities by assisting patients communicate with  health care professionals  via closed circuit video monitoring. He is a member of the American Civil Liberties Union, the California State Bar Association, a Licensed California Real Estate Broker and several other professional organizations.
Recently married to Ronda Alvey, they spend time traveling when possible and especially enjoy their trips to their second home get-away on the coast in Humboldt County. They met while Darryll was performing in Fiddler on the Roof at the Cascade Theatre in Redding and Ronda was serving as "prop" co-coordinator. She works at Enjoy Magazine as Editor-in-chief and is also an active volunteer in the community. He accompanied Melinda Brown and Doug Bennett on an exploratory trip to UC Davis about ten years ago to review the possibility of community radio in far northern California, and now here we are. 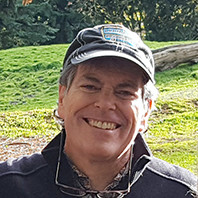 Robb Lightfoot, News Director
Robb Lightfoot is a telecommunications junkie. Twenty-five years ago, he was one of the first two teachers at his college to fire up a computer bulletin board—The Fine Line—and offer his intercultural communication students free email addresses and Usenet newgroup access. His love of all things electronic dates to his childhood when he first began tearing up the air waves at age 15 as a ham radio operator, WA6OWB. He still holds an amateur-advanced class license. In his spare time, Robb writes and performs comedy. His weekly humor column "Or So It Seems™" was featured in A News Cafe, and his news stories and feature pieces have appeared in The Bakersfield Californian and The Funny Times. His books-in-print include Problem Child, The Stupid Minivan, and Potholes on Memory Lane. He's been on stage as an opening stand-up act in Reno, and his short stories have won honorable mention in national competitions. His screenplay, One Little Indian, was a top-ten finalist in a Writer's Digest screenwriting competition. To pay the bills, Robb teaches and coaches communication classes, and he and his wife, Karin, have made their home in Northern California since 1990. Along the way, Robb has been an oilfield worker, tow-truck driver, bank manager, newspaper reporter, debate coach, and publisher. His grey hair is due to raising four children. You can reach him at robb@thinkingfunny.com 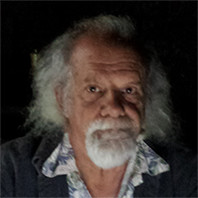 W.M. Shockley, Producer/Programmer
When not working as Satan's minion, W. M. Shockley spends his time alternating between radio duties and baseball.  Radio duties include being an ACCM board member at large, being on the KFOI program committee, and running Wycked Fell Radio Theater, the nation's (and possibly the world's) only regularly scheduled LIVE radio drama show, for which he writes, produces, directs, sometimes acts, does sound effects and technical direction.  For which his wife calls him "an egotistical hog."  Baseball duties include coaching his son's undefeated Junior Little League Team and watching Dodger baseball (we told you he is Satan's minion, didn't we?). Previous to all this, W. M. was a professional writer with many short stories published in the Science Fiction and Western fields as well as the 2014 Best Western novel finalist, Bust Out. He is currently scouring the internet to find a SPF 10,000,000 sunscreen for use on the Burning Lake of Fire predicted for his future. 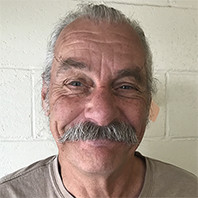 Richard Clapp, Program Host.
Richard is a retired teacher and active throughout the years as a member of city, county and state commissions including  Red Bluff Parks and Recreation Board, the Reeds Creek School Board and the Ide Adobe State Park Board.Richard lives in Red Bluff. Richard is the founder of Citizens for a Healthy Community (CHC) and over some years prevented a medical waste burning facility from siting just outside Red Bluff city limits. Richard lives in Red Bluff and has worked for radio KTHM 90.7 FM since 2007. 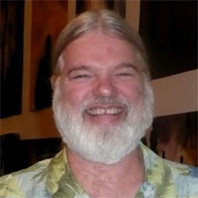 Bill Dixon, Program Host.
Bill is a small business owner and former hotel technology consultant. His passion is the arts and is a former art gallery owner.  He has a deep interest in music especially the history of music.   He is an active member of the Redding Area Volkswagen Association, and drives a Karmann Ghia Convertible.  He proudly claims an ancestor from the Mayflower and 2 ancestors who fought in the Continental Army during the Revolution.  He also has 2 ancestors who fought in the Civil War at several battles including the Battle of Richmond just before the war ended.  He also believes that every Citizen should do the necessary research and vote in every election.   Bill lives near Red Bluff with 2 dogs, a herd of deer and a flock of turkeys. 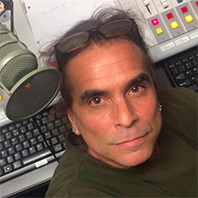 Mauro Oliveira, Program Host and Web Consultant
Mauro has been in multi-media production for most of his life. In 1990 his graphic “21st Century Child” graced the invitations for the United Nations Peace Prayer Day held in New York. Soon after, his song of the same name was performed at the UN 50th anniversary celebration in San Francisco by a children’s choir. Mauro has performed his music solo and with bands in Los Angeles and northeast Ohio. More recently, Mauro began producing Small World Radio as well as audio and video public services announcements, documentaries  and other needed productions for activist causes. Mauro is a full-time activist. He is the founder of SOL Communications Inc, a diverse non-profit active in environmental issues like California forest preservation, wildlife recovery, water protection and other projects aimed at educating the public about the 6th great extinction.  He was the editor-in-chief of First Issues magazine and the founder of many activist websites, including geoengineeringwatch.org.  Mauro actively engages as a multi-media specialist with organizations like Code Pink, NoDrones!, Earth First and Veterans for Peace. Mauro is also a direct action activist and participated at Standing Rock, against the XL pipeline and onsite at Chevron, Occidental Oil, Monsanto and Nestle to name a few. Mauro lives in Montgomery Creek and can be reached at smallworldradio@outlook.com or as KI6WAY on shortwave.